I finished making this play area for the boys this weekend. There are a lot of reasons I went with gravel as opposed to sand but if I’m being brutally honest the biggest is that I HATE the mess sand makes. It gets everywhere, my kids track it all through the house, cats poop in it etc.

There are a few other reasons I avoided sand including reports that play sand could potentially be a carcinogen and the fact that we are renting and I needed to make something that I could easily return to its previous state. After doing some research I decided to go with pea gravel.

We already have a TON of toys including a water table and pirate kiddie pool cluttering up the tiny garden so I decided against adding something like a giant Little Tykes Turtle Sandbox.

Space concerns also ruled out building a large wooden sandbox. I finally had an idea after browsing Pinterest when I came upon this pin: https://www.pinterest.com/pin/54958057938327055/

This corner bed already had plastic landscaping tarp under it and I thought it would be easy to make the raised bed effect I was going for so I settled on that. 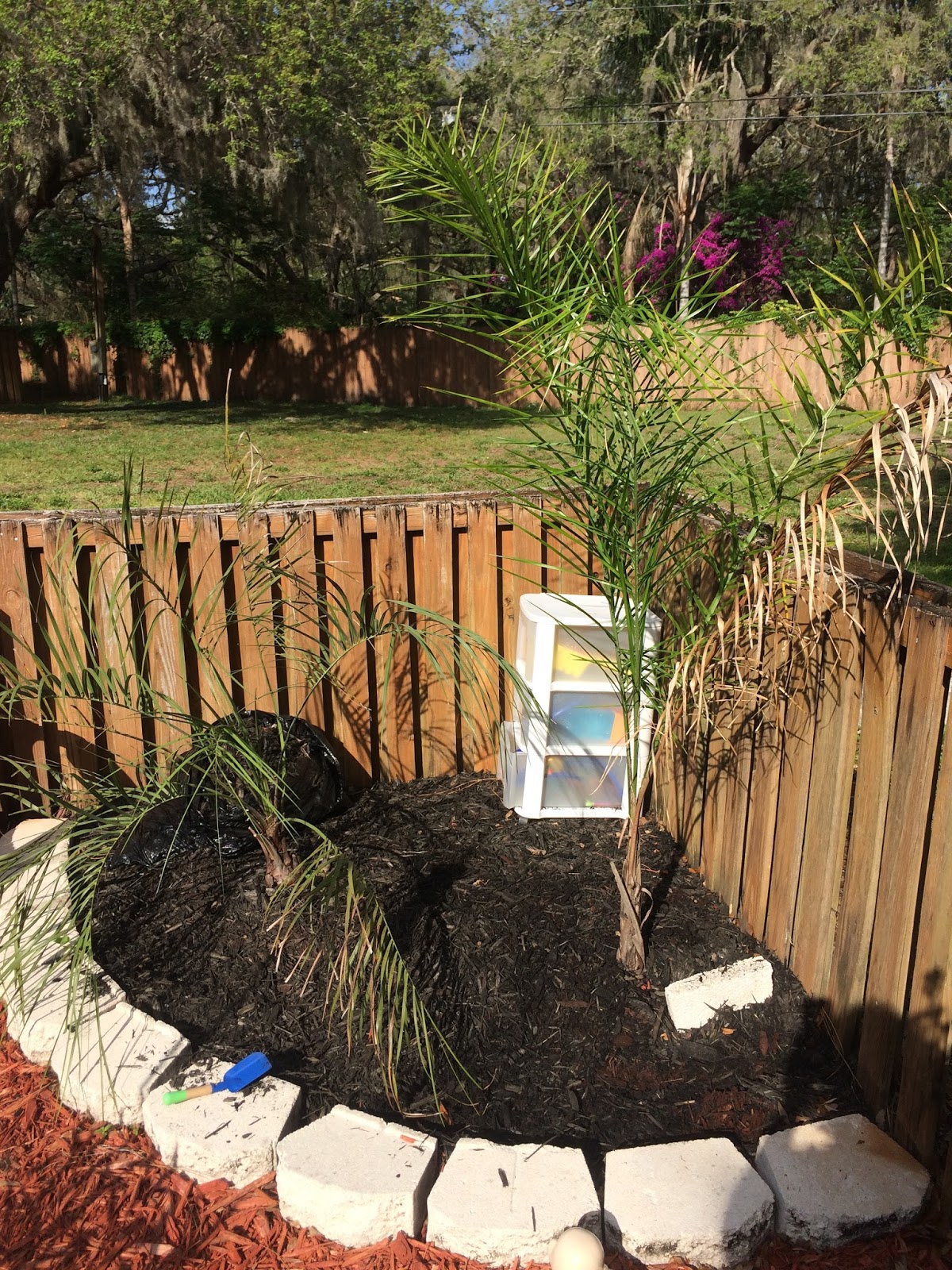 I purchased the following items for the project:

The grand total for the project worked out to around $26.

The next step was to dig out an area for the rocks to go and to move the mulch to the center “raised” area. This took a lot of work. After I had the area dug out I added the border stones. At this point I was ready to add the pea gravel but I already knew from researching there would be an issue. Pea gravel is FILTHY. It’s basically coated in orange dirt. Since I wanted this to be cleaner than a sand box I had to wash the gravel. I used an old plastic planting pot with holes in the bottom. 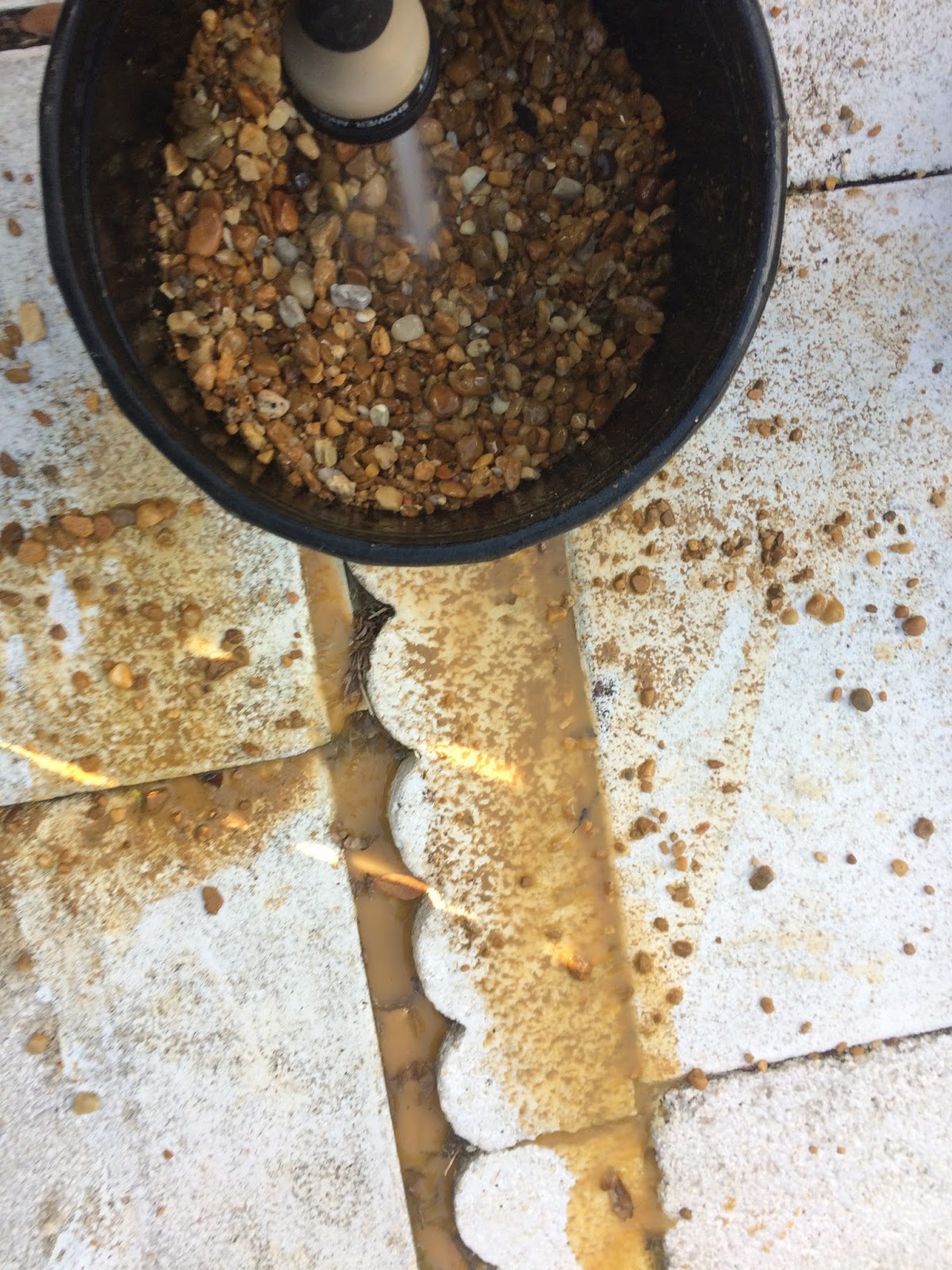 Once I had the gravel nice and clean I added it to the garden and spread it out. Then I added the boys’ trucks. We were gifted this CAT set. It’s very nice but when they eventually break I will replace them with ones by Green Toys since they are more durable and made from recycled milk jugs. 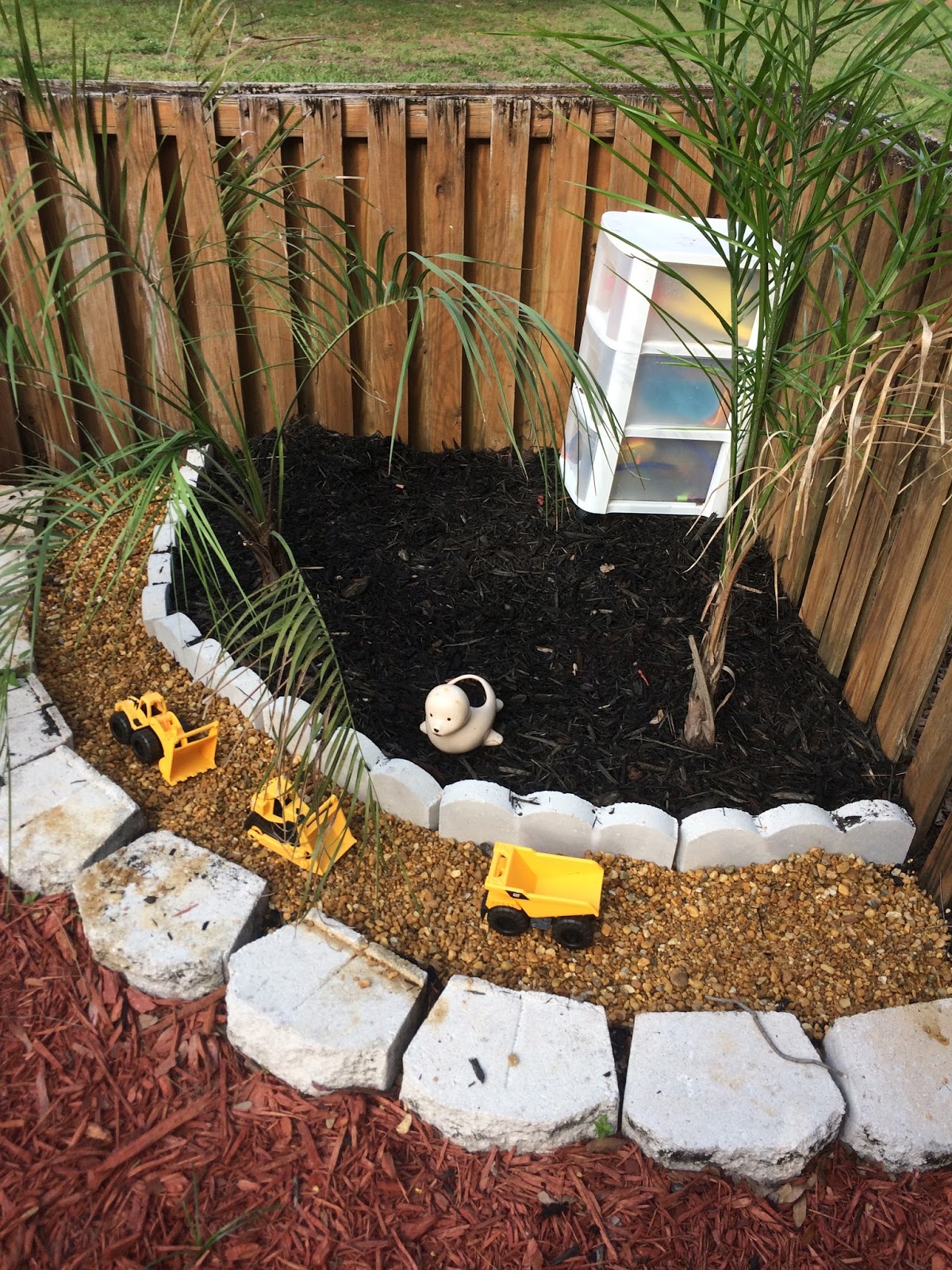 I love how it turned out! The long length is perfect for driving the trucks (and apparently toy boats lol) and the pavers on the outside make nice little seats. 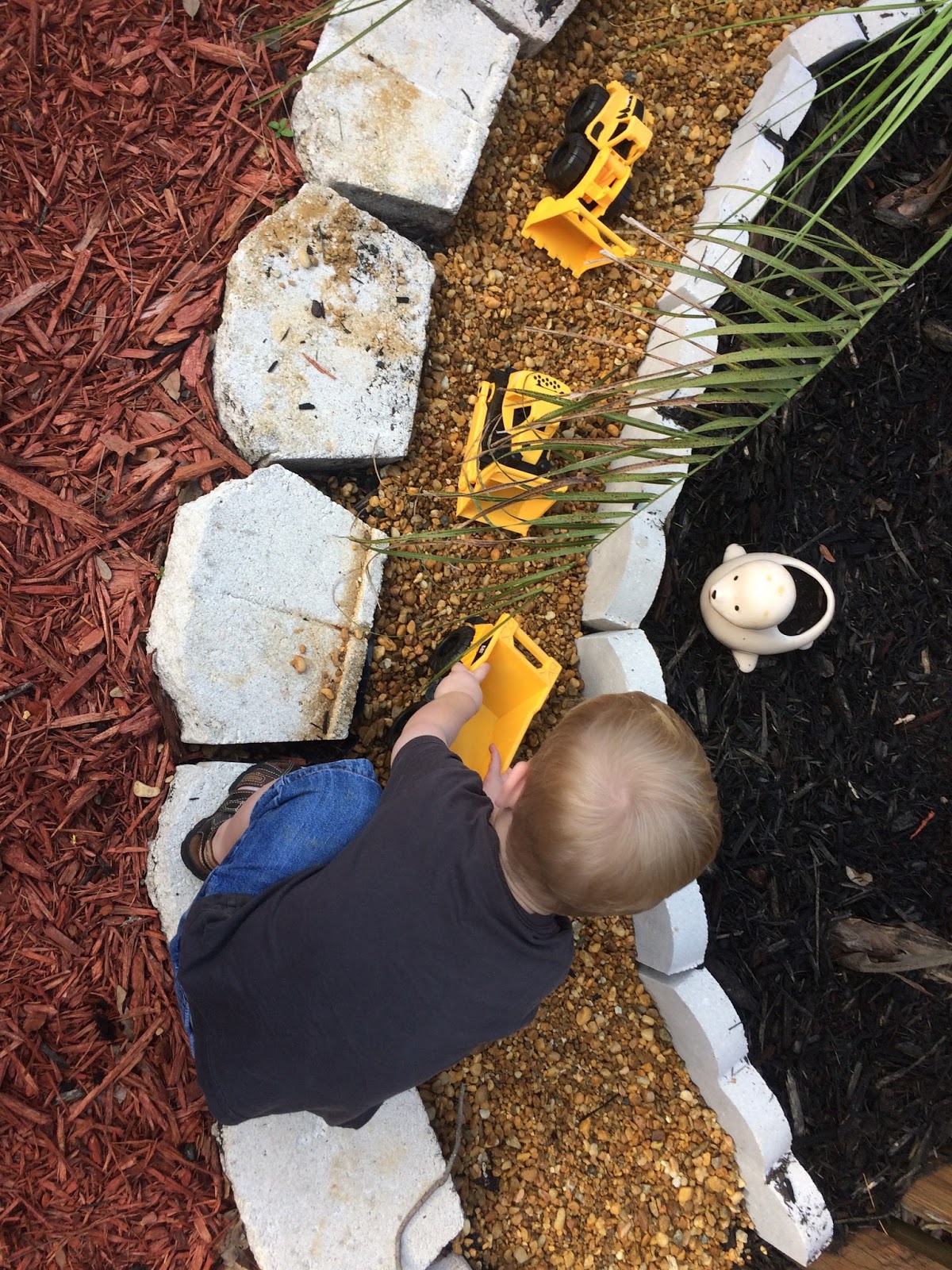 I know the boys will get HOURS of play time out of this area and it makes a nice sensory experience. When we eventually move, if our landlord doesn’t want to keep it I can easily remove the border stones and spread the mulch back over the rocks. Easy peasy. 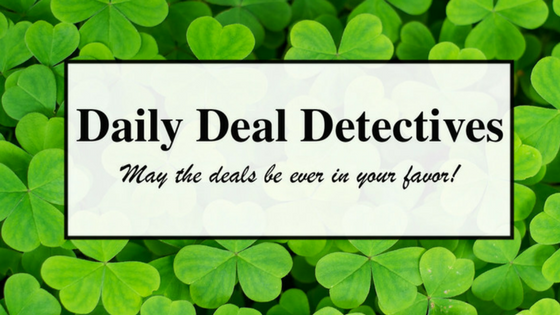