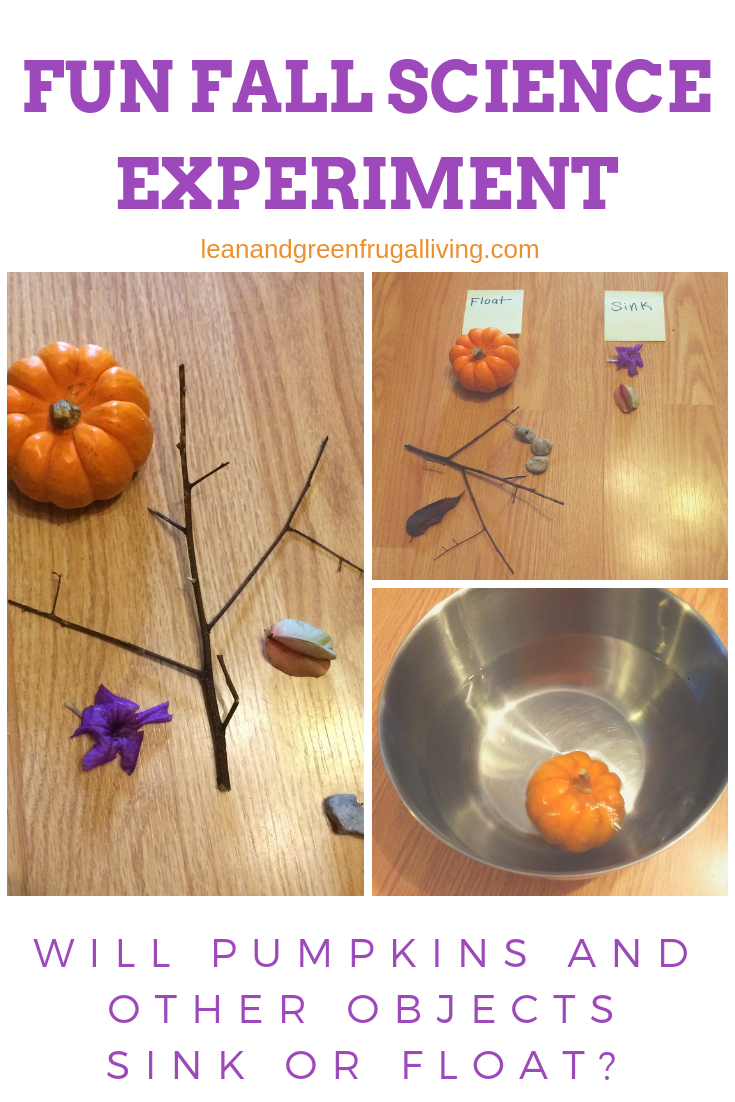 D has been really into science experiments lately thanks to preschool and wanted to do one today. At school they tested whether their class pumpkin would sink or float and he wanted to try it out at home with our pumpkins.

These little experiments seem simple but pack a TON of potential for teaching different concepts. We started out by going for a walk to gather some objects to test out in addition to the pumpkin. We found a leaf, a stick, some stones, a seed pod, and a flower. I think this is SUCH an important step and a great way to get littles out into nature. Both of my boys love to be outside. 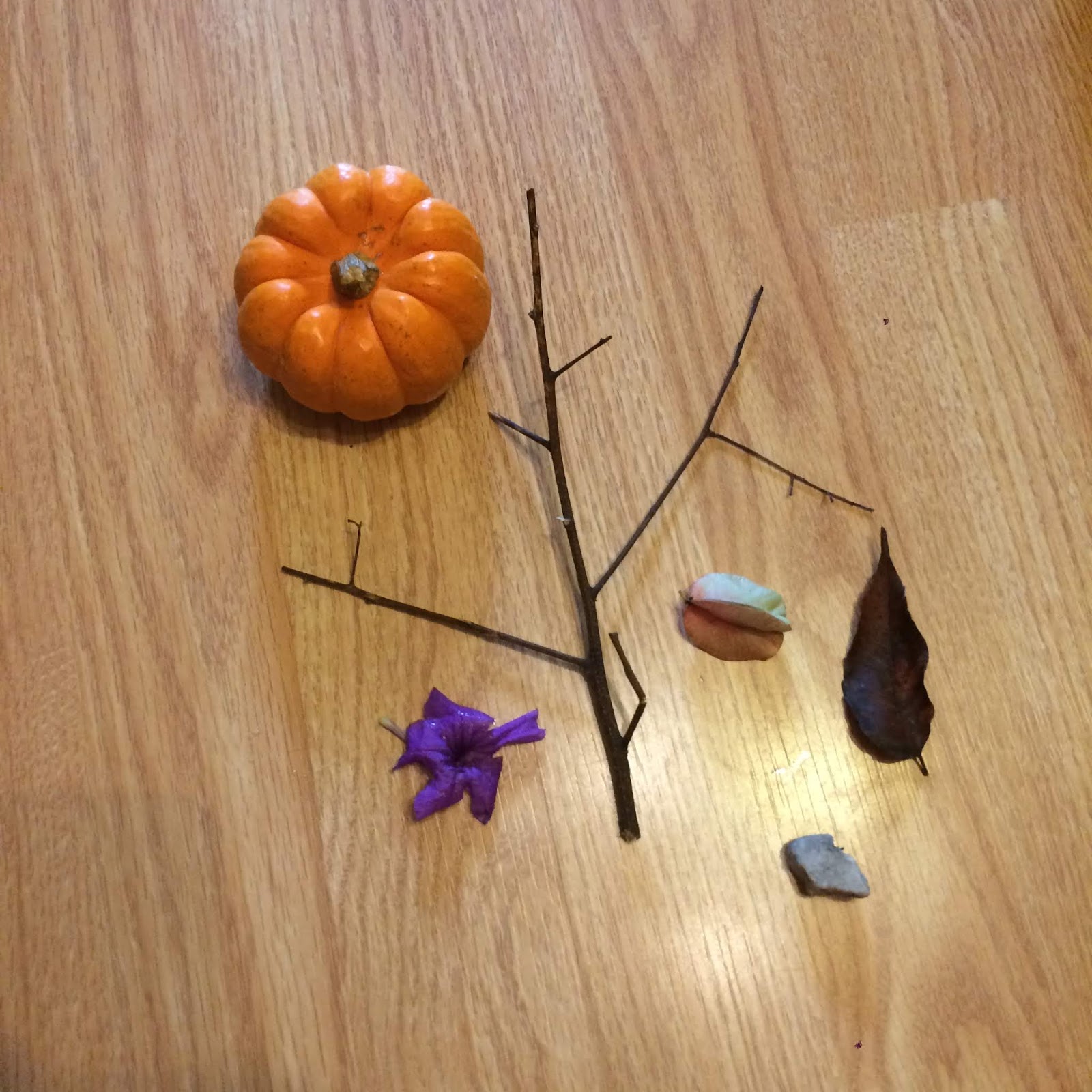 Once we got home from our walk, we arranged our Fall Finds on the floor next to the mixing bowlwith water. I wrote “Float” and “Sink” on post it notes. We discussed what each word meant (more for K) and then D identified each letter in the words and I had him tell me the sounds they make.

The next step was letting D place each of our Fall object under the post it for either sink or float. We discussed what a hypothesis is and made one for each of the objects. 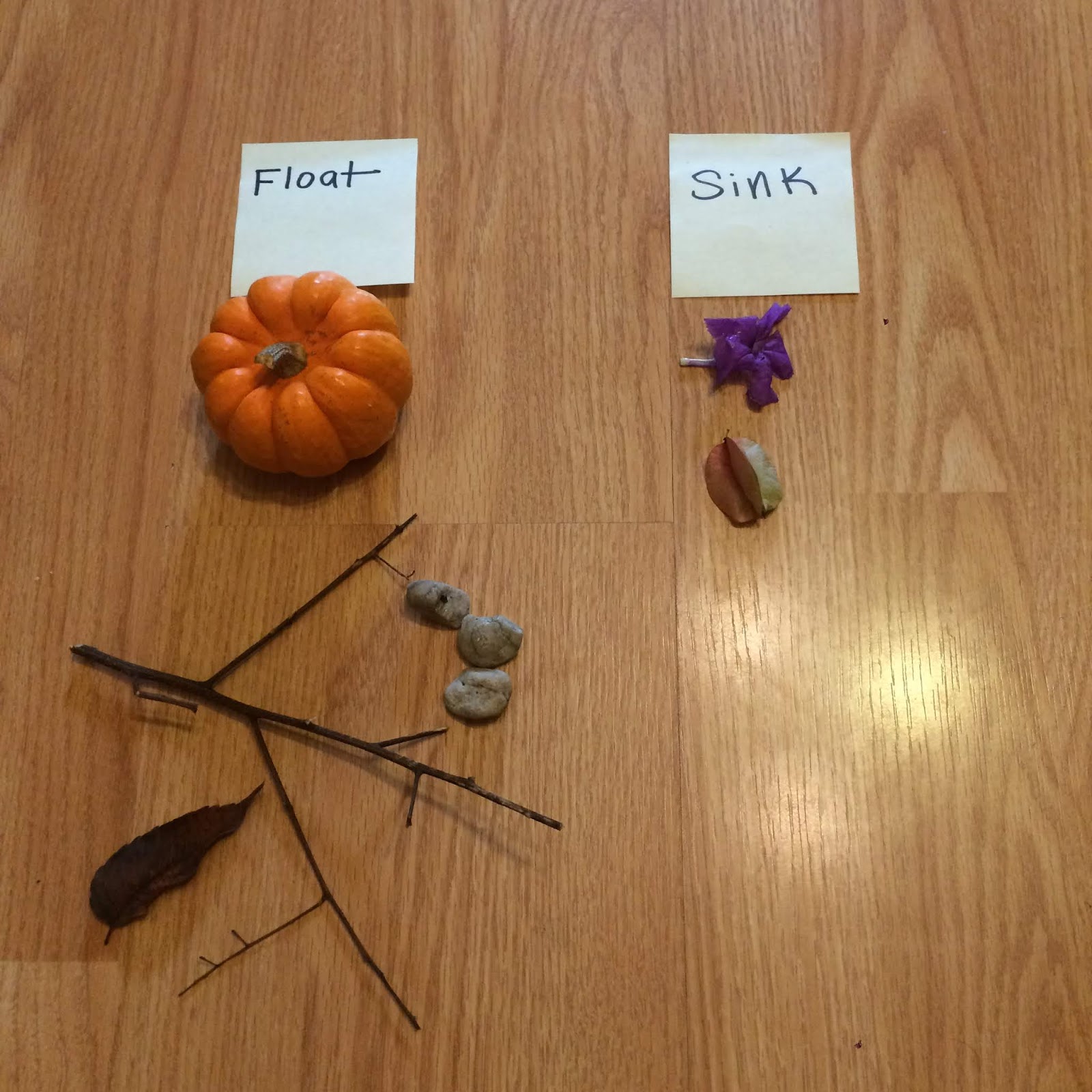 Once we decided where each object belonged it was time to test our hypotheses. D placed each object in the water to see if it would sink or float and we talked about whether he was correct or not. We also discussed density and how more dense objects like rocks tend to sink. We also discussed buoyancy. I don’t necessarily expect him to remember the terms but the exposure is good. 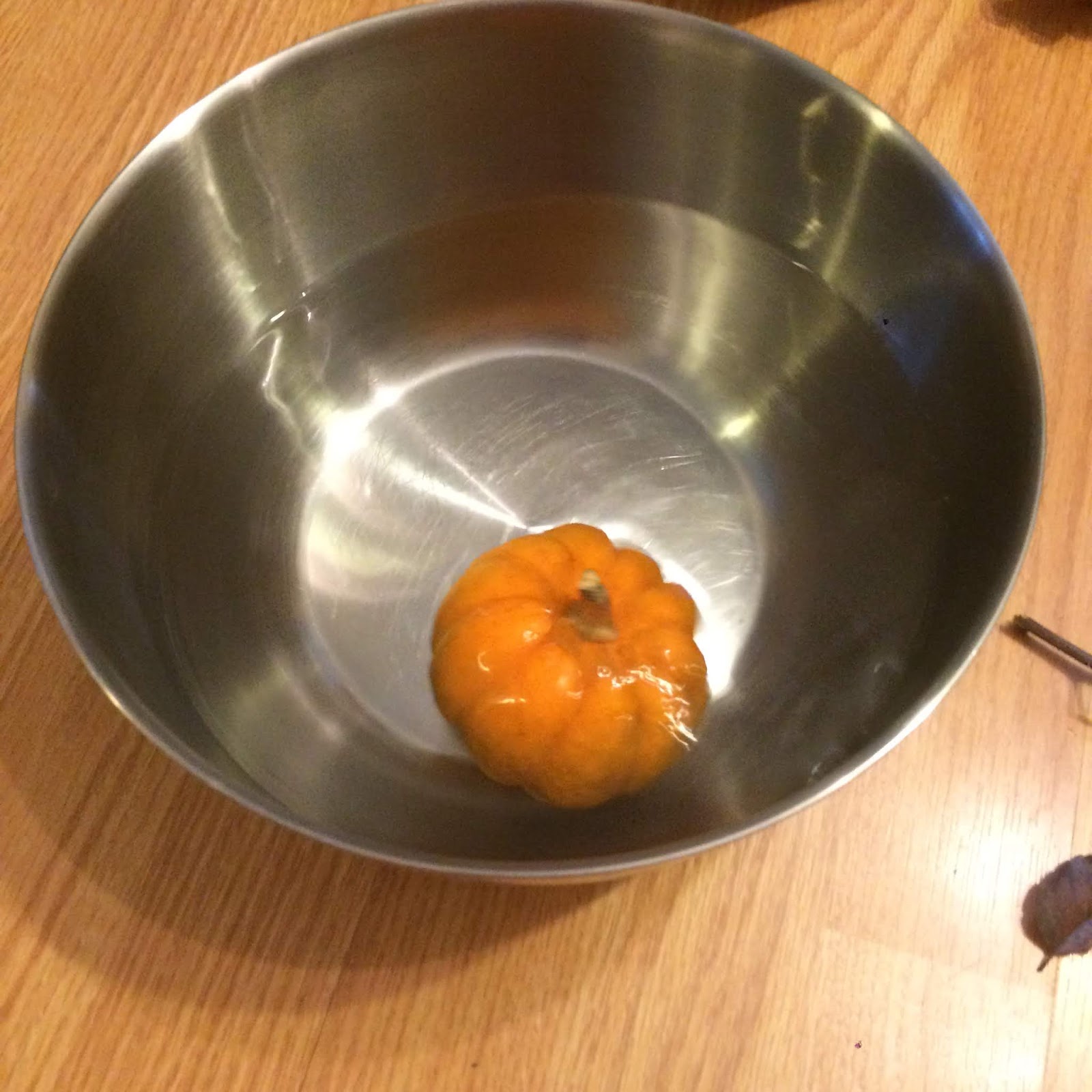 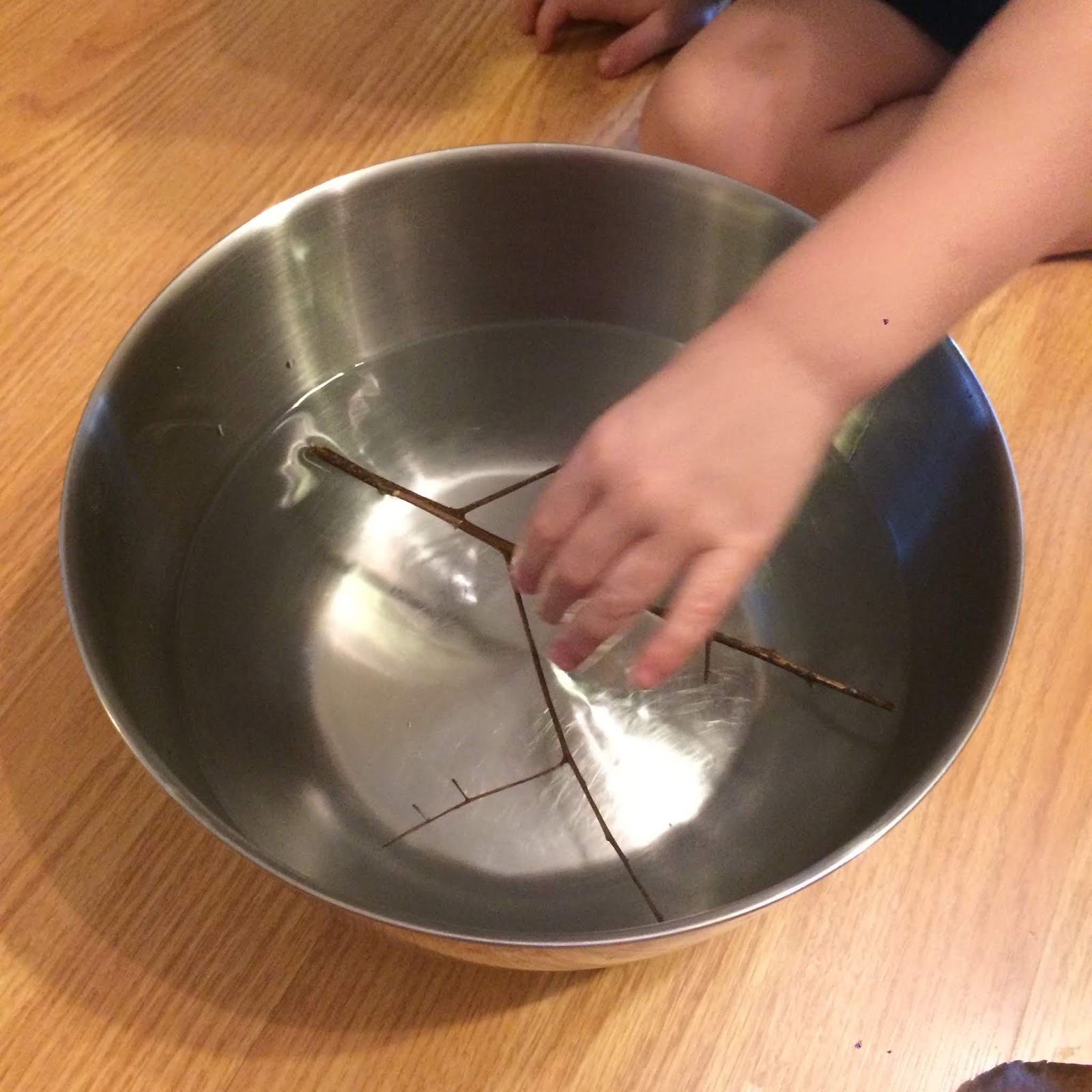 Something I found really interesting was his reasoning for why he sorted the objects the way he did. The rationales provided insight into how he thinks and observes the world around him. For example, he thought the rocks would float because they are small.

As someone who teaches research at the university level it’s really cool to see the boys start to learn the scientific method. I love watching their excitement to find out if their hypothesis is correct. D especially is really interested in the how and why of everything in his world. Teaching him to make predictions and test them is also laying the foundation for cultivating a growth mindset where it’s ok to be wrong the first time.

What do you think of the experiment? Let me know in the comments if you try it out! 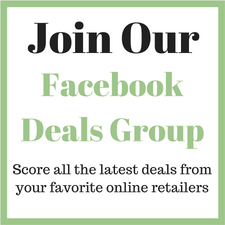