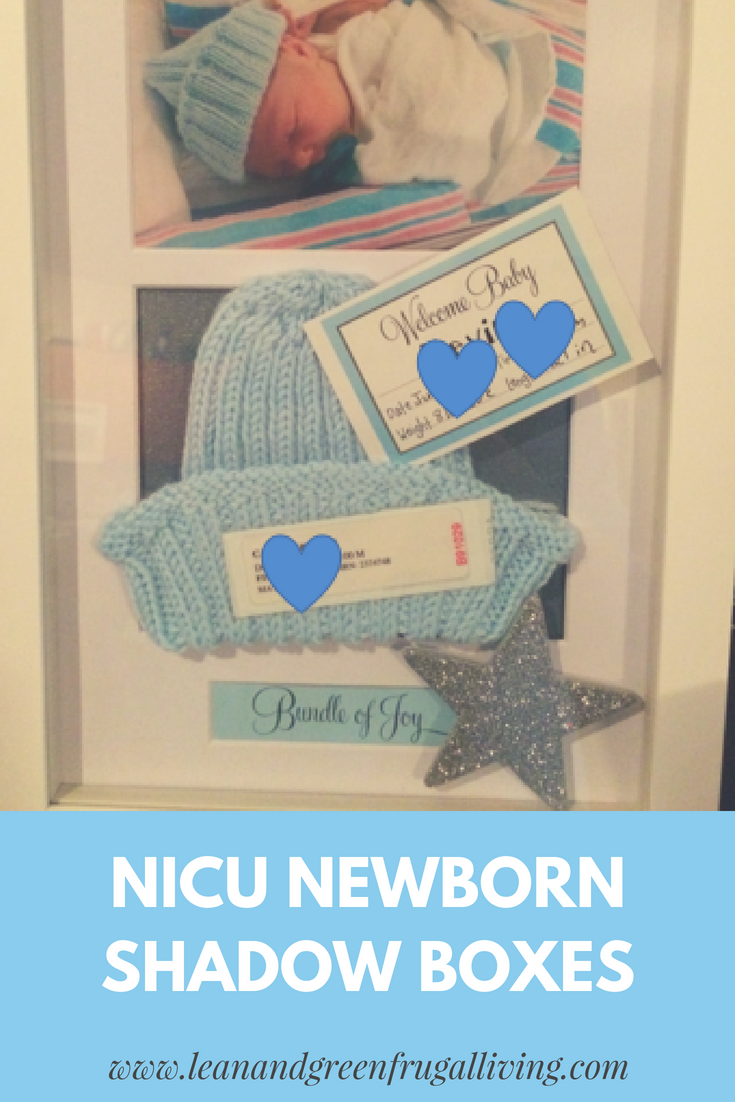 I’ve been meaning to post about our NICU shadow box displays for a while but just haven’t gotten around to it. Having a baby in the NICU is a life altering experience. There’s no other way I can think of to describe it. It’s a club nobody wants to belong to but once you do you feel a connection to every other parent who has ever held the impossibly tiny hand of their baby in an incubator. It’s simultaneously one of the saddest yet most peaceful places on the planet. I will never forget what it felt like to sit in the NICU at 2am gently rocking my baby while a dozen monitors quietly beeped around me helping the angel nurses to watch those precious babies. Disney lullabies played softly on a radio while the night nurses caught up with their charting. We celebrated every gram gained, every milliliter of breastmilk fed, every diaper wet. I watched as those warrior nurses stood up to a doctor and insisted a mama who had just had a c-section to impossibly early twins be allowed to enter in her wheeled bed instead of the standard wheelchair so she could touch them and meet them for the first time. And I cried with them as she reached from her bed to theirs to tell them just how much she loved them.

I wanted a way to pay tribute to this experience and a way to display some of the minutia we collected that would be worthless to anyone else but was so precious to me.

I decided to use these shadow box frames. I chose them because I liked the mat they included and I knew I didn’t want gigantic frames- they were perfect!

I used scrapbook paper to line the bottom opening because I knew I wanted blue for the background. The tiny hats were hand knitted by volunteers. I appreciated them so much and they are so precious to me. I also included the teeny tiny hospital bands. The stars are just foam sticker shapes.

I had other items that could have been included but I didn’t want a cluttered box. I thought about doing them with their coming home outfits but decided to stick with their hats. I love how they turned out! 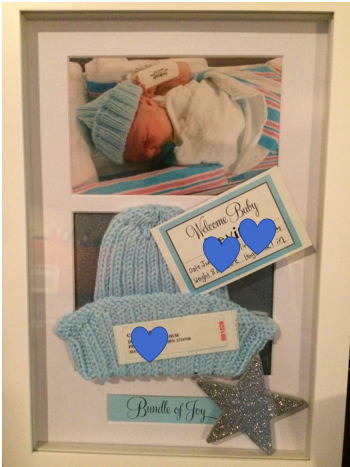