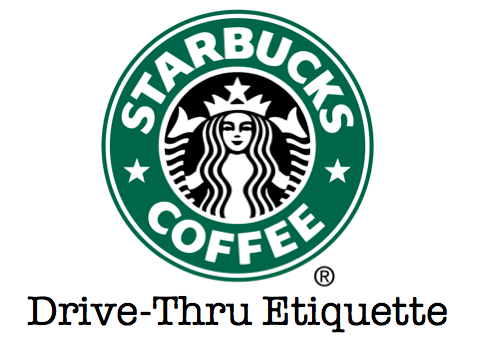 The morning was hectic enough- serving as a juror is stressful and draining. But a morning without coffee is inconceivable. I had already gotten off of the interstate at the wrong exit for Starbucks and had to get back on without coffee. I decided that I would go to the downtown Starbucks before heading over to the courthouse. The downtown Starbucks is the opposite direction from the courthouse and out of the way but it was worth it to have coffee. What I didn’t know was that I would encounter the South Tampa version of Cruella Deville.

When I pulled into the Starbucks line Cruella Deville cut me off and nearly ran over a girl trying to walk to her car. This was reason enough to be irritated but the insanity continued. Cruella took FOREVER to order her coffee. I have no idea what could have possibly made coffee that complicated but it legitimately took over three minutes of talking into the machine.

Finally, Cruella moved her Hybrid Lincoln forward so the rest of us peasants could order our inferior, 15-seconds-to-order coffee. I waited in line as each car ahead of us took the expected amount of time to pay and receive their coffee.

Then it was Cruella’s turn at the window. Not to be rushed, she imperiously waved the coffee that was handed to her by the Barista with a flick of her hand. She handed over a reusable cup and demanded that her super complicated coffee be FRESHLY made in her reusable cup (doesn’t that completely defeat the purpose of a reusable cup?).  As I sat for 4 minutes behind Cruella staring at her wild white hair I wondered what made her think it was acceptable to hold the line up?

The Barista handed Cruella back her white reusable coffee cup and Cruella tossed (yes, she ACTUALLY tossed) her lid a the Barista to put it on for her. I mean, only peasants put their own lids on their coffee cups, right? She then accepted her receipt and spent nearly a whole minute examining her receipt to ensure she had not been overcharged- all while remaining at the window thus making it impossible for anyone else to get their coffee.

When I was finally able to reach the window the Barista and I shared a laugh over Cruella’s rude behavior (yes, I actually called her Cruella).  I did eventually get my coffee but I will not soon forget the antics of the South Tampa Cruella Deville.